The Asia-Pacific region is the most prone to climate-related disasters, which impact the most vulnerable people, including women, youth, the elderly and people with disabilities. Additionally, the region contributes to half of the world’s total greenhouse gas emissions.

To tackle these challenges, the Asia-Pacific countries are now taking action through their National Determined Contributions (NDCs). To support implementation of the NDCs, national governments need to mobilize adequate climate finance resources. This requires identifying innovative and alternative sources of funding, including leveraging private-sector financing.

ESCAP has been devoted to the task of identifying the gaps in, develop and deliver targeted advisory and technical assistance to central and national development banks in in the region, in order to enhance the capacity of these institutions to put in place policies and guidelines that encourage investment towards climate mitigation and adaptation projects.

The Asia-Pacific region is at the forefront of the impacts of climate change and is uniquely positioned in global efforts to manage climate change. Higher temperatures, sea level rise, and extreme weather events linked to climate change are having a major impact on the region, harming its economies, natural and physical assets, and compounding developmental challenges, including poverty, food and energy security and health. Without climate-oriented development, climate change could force more than 100 million people from the region into extreme poverty by 2030, wiping out the gains in poverty reduction achieved over the last decades. At the same time, the region accounts for 53 per cent of global emissions and the high-growth path on which many of the region’s economies themselves on, means this contribution will grow without fundamental policy interventions.

Newest estimates for the Asia-Pacific region show that growth will be significantly impacted by climate change. Without climate action, GDP in the region could decrease by as much as 3.3 per cent by 2050 and 10 per cent by 2100, relative to the base case. The economic costs associated with disasters across the region are also increasing. Damage to property, crops and livestock from disasters increased from US$52bn annually to over US$523bn between 1970 and 2015. The costs of attaining a 2°C scenario for the region are estimated at approximately 0.1 per cent of GDP annually or 4 per cent by 2050, relative to business as usual. The co-benefits of climate action offset many of the costs of emissions reduction and emerging advanced technologies offer future prospects of lower abatement costs.

The Asia-Pacific has the capacity to respond with progressive policies, incentives and regulations to rewire our economies for low-carbon growth. Regional cooperation is a key tool to link global, national and sub-national climate actions. ESCAP has the capabilities to support its member States to develop these policy frameworks through a range of regional cooperation efforts. Its intergovernmental platform, norm setting and multi-sectoral approach can help provide support for its countries as they build low carbon and resilient economies, ensuring continued success in a carbon-constrained world.

The ESCAP resolution on climate change response in the Asia-Pacific for the 72nd Commission Session (E/ESCAP/RES/72/8) requested the Executive Secretary to encourage and collaborate with relevant United Nations bodies and specialized agencies, regional and subregional organizations as well as non-governmental organizations in line with the existing mandates and resources of the Commission, to promote capacity-building of member States, in particular least developed countries and small island developing States, regarding climate change and climate resilience in the areas in which the Commission has existing capacity and expertise, including climate-related disaster risk reduction, through policy dialogues and the sharing of experiences and information, where appropriate.

Meeting the financial requirements of a transformative 2030 Agenda for Sustainable Development and the Sustainable Development Goals (SDGs) converges with delivering on the Paris Agreement on Climate Change and the related Nationally Determined Contributions (NDCs). Many countries are undertaking analyses on how to align, renew, and modify their financing frameworks to meet the implementation requirements of their climate targets accordingly.

The Paris Agreement emphasizes the importance of making available financial resources to support the implementation of policies, strategies, regulation and actions for climate change mitigation and adaptation. A good deal of climate finance is already flowing in the Asia-Pacific region. The widely-quoted Climate Policy Initiative landscape study identified a total of US$391 bn in public and private climate finance flows for 2014, of which around 40-45 per cent (US$156 – 176bn) flowed to/in the Asia-Pacific region1. However, investments will need to be further scaled up, including the mobilization of domestic finance and private sector investments in particular, to support the implementation of the climate change mitigation targets of the countries in the region.

Through a three-year regional project, ESCAP is providing technical and advisory services to national financial institutions in five countries – Fiji, Indonesia, Pakistan, Sri Lanka and the Philippines – to identify and support the development of financial instruments that will leverage domestic investments to meet implementation needs and bridge financing gaps for low carbon climate resilient development. The project seeks to provide targeted advisory and technical assistance that will empower central banks as the regulator of the national financial markets in framing national fiscal policies for ‘clean’ investments in low carbon, climate resilient and environmentally sustainable development. Such polices would be further implemented by national development banks, as well as commercial banks and will generate low carbon investment projects engaging private investors down the road. The aim is to identify innovative financial instruments that are both climate-responsive (with a focus on mitigation) as well as in line with the 2030 Agenda. The project fosters peer-learning and stimulates the creation of new partnerships that bridge the public-private divide with the aim of forging low-carbon climate resilient development in the region.

To this end, scoping studies in four countries have been conducted to map out the landscape of national climate finance architecture and financial institutions, to identify on-going climate finance initiatives and existing incentives for low-carbon investments and priority areas for interventions. In addition, two rounds of national consultation workshops have been held in Pakistan, the Philippines and Sri Lanka and one in Indonesia, identifying national climate finance champions, stimulating discussion on innovative climate finance instruments for financial institutions and creating shared platforms for dialogue and learning among key stakeholders. This has been strengthened by the establishment of a regional network which seeks to promote peer learning and best practices through online forums and e-learning. 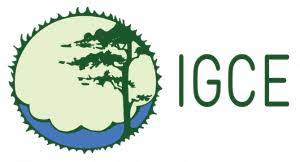 The e-learning course on the Methodologies for GHG Emissions Inventories and Paris Agreement Reporting was developed by a team of experts from the Institute for Global Climate Ecology and ESCAP to support government officials and technical experts from non-Annex I countries engaged in the development of and responsible for official submission of national the greenhouse gas inventory reports as per the IPCC Guidelines for National Greenhouse Gas Inventories (IPCC, 2006) alongside the 2013 Supplement to the 2006 IPCC Guidelines for National Greenhouse Gas Inventories: Wetlands (IPCC, 2014), which are recommended on a voluntary basis by the UNFCCC Conference of Parties.